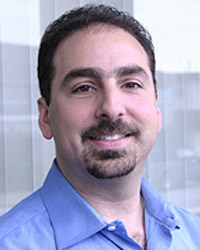 Dr. Jaber has presented research at the American Association of Endodontist national meeting and was awarded top honors in the field of how variations of dental anatomy affect third generation apex locators. He remains active within the endodontic community serving as a board member of the Northern California Academy of Endodontists and as an active member in many dental societies and organizations. In 2009 he served as president of the California State Association of Endodontist. Dr Jaber is also a founding member of the Fellow of the International Academy of Endodontics.

Dr. Jaber is a native of the San Francisco Bay Area. He has spent his dental career in the East Bay, first as a general and cosmetic dentist then as an endodontist. He enjoys spending time with his family, traveling and woodworking.